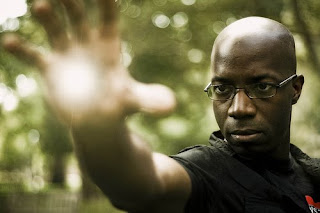 Several times over the last year, the topic of Psionics has come up in the OSR community.

I will make no bones about this: I am a huge critic of the 0e and AD&D approach to psionics. I think the approach to creating psionic characters, as presented by Tim Kask and Gary Gygax in 0e and AD&D, was flawed and unsound. On the other hand, I think psionics should play a more important role in D&D.

James Mal at Grognardia has posted several times regarding a reworked psionics system. He has given that a great deal of thought, and has tried to streamline and clarify the original rules. But the problem with simply re-working the psionics system is that you never deal with the fundamental flaw of psionics in D&D. Psionics in 0e and AD&D is employed as a subsystem, rather than using the tools that are already available in the core character creation rules. As such, it merely boiler-plates something that employs none of the mechanics that players are familiar with, and as a consequence, makes psionics rare and difficult to implement in the game.

The possession of psionics skills occurs rarely, and then by happenstance. Regardless of whether you use the 0e or AD&D rules for psionics, you have a (generally) very low chance of possessing psionic abilities. For example, in AD&D, in order to have the potential for psionics, you must have an Intelligence, Wisdom or Charisma of at least 16. And if only one of those attributes is a 16, your chance is one in a hundred of having psionics.

Compare this to, say, a magic user. All you need to be a magic user, and use spells (many of which are similar to the psionic powers) is to have an Intelligence of 9.

In a way, 0e and AD&D try to use the existing ability stats to determine psionic potential. In 0e, if you have an Intelligence, Wisdom or Charisma of at least 15, you have a 10% chance of having psionics. Period. Thus, your original ability scores do affect whether you will have psionics, but to a limited extent. The problem is, if you have psionics, your psionic ability score is completely unrelated to your standard 6 ability scores. Instead of using one of your ability scores, you roll a d100 to determine your base psionic ability. Whatever you roll on the d100 is your base psychic potential. That's right, this ability does not follow the standard 3d6 ability score determination.

I feel that psionicists should have been more accessible as a class, rather than being superimposed and boiler-plated upon the existing classes. However, doing so would necessitate a different treatment of psionic abilities, to align their use more closely with the vancian spell system that is employed for the cleric and magic-user classes.
Posted by Aaron E. Steele at 8:14 PM

I think you are right on in disputing the minimum 16 score. I think the ability shouldn't be tied to any attribute - and should be rolled for creating any character.

Follow me here... In a fantasy setting, I could conceive of a non intelligent, unwise, uncharismatic player or npc possessing wild and dangerous psionic ability (like a child or some hermit or crazy hillbilly). I always thought some of the most fun, interesting, and terrifying, aspects of psionic power was the unpredictability it may have in the hands of a person who doesn't really know how to handle it (think firestarter, carrie). I don't think psionics should be seen so much as an art form to be learnt (like wizardry), as an organic occurrence that a character has or not. Whether they can learn to control, direct, or fully make use of it is another question that may be determined by the balance of their intelligence, wisdom, etc.

Something that has bugged me for similiar reasons is ambidexterity; I think it is the same argument. Couldn't a character with very low dexterity be ambidextrous? Sure. They would just be equally useless with both hands.

They would just be equally useless with both hands.Hey! I know how that goes in real life (ha ha ha).

This is really intriguing. I think the problem with the original psionics is not that it different in terms of mechanics from other parts of the game (I actually think this is the aspect that would make it groovy). I think the problem is that it differed in the level of complexity. The use of magic spells was very simple, despite the large number of spell options. Same with combat...lot's of different weapons and armor but a simple mechanic. It just seemed like the mechanics for psionics were very complex in relationship to other aspects of the game, particularly as it is an ability superimposed over an already existing character class. This, for me, leads to part of the attraction of psionics as character class. I think the challenge is how to distinguish it so it feels unique in game play and not like an additional spell caster.

"not that it differed in terms of mechanics" Correction to second sentence of second paragraph of my post above. Bad day at the keyboard all the way around.

I can't remember where I read it recently, probably in one of James Mal's Grognardia Interviews, but I was interested to see that Psionics started life as a character class, which the TSR boys dissected and turned into a sub-system for the rule books.

Thanks for the feedback. I'm going to post some additional thoughts regarding a psionist as class, along with a mechanic for levelling and increasing in power.

Yes, I have a problem with the minimum 15 or 16 in a stat in order to be psionic. I have a similar problem with Rangers and Paladins (and other sub-classes that require extraordinary stats).

Yes, psionics sub-system was too complicated (particulary since those with psionics also had access to spell-like abilities).

I remember that thread at Grognardia. In fact, I recall complaining about the mess that was 0e psionics. It was really not fixed in AD&D.