After 35 years, Steve Jackson of Steve Jackson Games has finally re-acquired the rights to The Fantasy Trip, the tactical fantasy combat and light roleplaying game he developed in 1977. 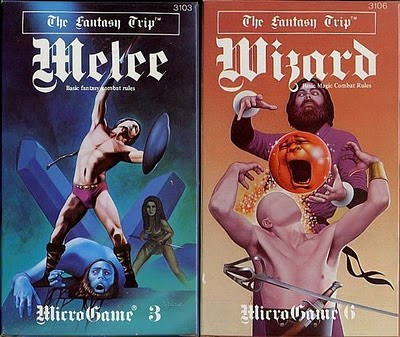 The Fantasy Trip is comprised of a number of game books:  Melee, a game of tactical man-to-man combat; Wizard, a game of wizard duels;  Advanced Wizard, additional rules for Wizard characters; In the Labyrinth, role-playing and world building rules; Advanced Melee, expanded man-to-man combat rules;and 11 or so setting and pre-programmed adventure books.

The rights to The Fantasy Trip were owned by Howard Thompson, the President of Metagaming, and when Metagaming folded in 1982, Howard demanded an outrageous price from Jackson for the rights to the game, which Jackson refused to pay.  Thus, the game ceased to be published or officially supported after 1982.

The game retained a cult following, however, and people continued to play and support it.  Dark City Games even developed its own similacrum of The Fantasy Trip, called Legends of the Ancient World, and published numerous additional pre-programmed adventures, including The Dark Vale, which I previously reviewed on this blog. 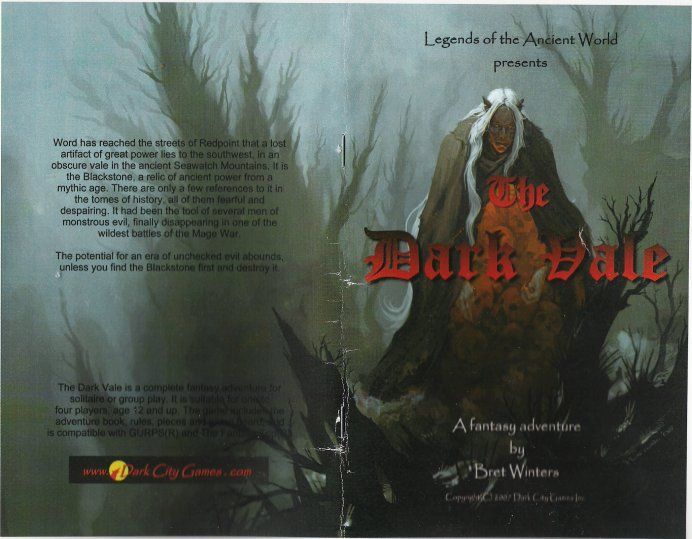 Jackson recently took advantage of a copyright law that permits a creator to re-aquire the rights to their intellectual property after 35 years.

Steve Jackson Games is currently running a Kickstarter to fund the production and distribution of a revised version of the game.

In considering whether the new Kickstarter for The Fantasy Trip is a good value, I looked at the original price of the various game books, and applied the inflation incurred during the intervening period.  The original publication years, price and the inflation based on the US Consumer Price Index are indicated below.

The basic pledge for The Fantasy Trip is $60, and it included, as of the Kickstarter launch, the material from all five of those publications. Using the above amounts, you are paying less, in today's dollars, than the cost to buy the original five game books when they were published back in the day.

Of course, this price is before shipping, but then you also need to factor in the extras that are being provided with this new printing, including dice (not included in the original game), a box to hold the game in, melee character pads, two sheets of mega-hexes, proper indexes in each book, and Tollenkar's Lair, Death Test, and Death Test 2 pre-programmed adventures (which are an additional $10 each of added value).  All of those extras add $40 of overall value, and more stretch goals are yet to come.

If you have never played The Fantasy Trip before and are interested in the game, or if you have the gamebooks and want a cleaned up version of the game to play again, you should check out the Kickstarter.
Posted by Aaron E. Steele at 12:31 PM 11 comments: