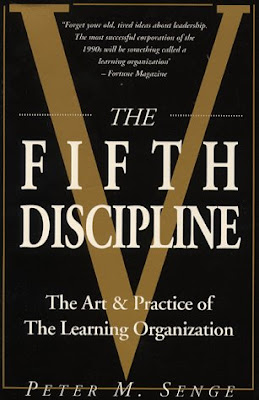 Imagine you are framing a house. To complete the framing, you are given your choice of any one of the following saws: a chainsaw; a scroll saw; a mitre saw; a table saw; a sabre saw, a wood router; and a circular saw. Which one would you choose?

What if you were building a birdhouse? Would you choose the same saw for that job?

How about the demolition of a non-load-bearing wall? A welcome sign for your new home? Or clearing the woods behind your cabin?

What if your players were more interested in character development and character/npc interaction? Would you choose the same game?

How about a player preference towards exploration and the thrill of discovery? Or a game for a group of casual gamers?

Like saws, role-playing games are tools, or systems. Each are good at performing certain activities, and have certain limitations inherent in their purpose or design. Could I use a wood router to frame a house, or a chainsaw? I suppose, though neither is appropriate to the task. I would never use a circular saw to clear the woods behind my cabin. Similarly, I would not use Exalted to play a gritty, low-level, high-mortality game, an OD&D retroclone to provide myriad complicated combat options, nor D&D 4E for an npc-interaction or exploration-heavy game session.

While it's commendable that some would like to cast a wide net, and have us all drawn into single game system that emulates all play-styles, the effort is misguided. To date there has been no single RPG that simultaneously satisfied the competing demands of complexity versus elegance, grit versus grandiloquence, story versus sandbox, role versus roll, and speed versus detail.
Posted by Aaron E. Steele at 10:27 PM

I think you just explained this better than I ever have. Talk about hitting the nail right on the head. This is precisely how I feel about the many different systems out there. Each one is better for a different sort of mood, pacing, and direction of player interest. Each one does different things better and other things worse.

Lots of people think that system doesn't matter, just the players and the GM. I disagree, for all the reasons you, sir, have so perfectly stated.

In more words: those that try to please everyone end up pleasing no-one. I recently flicked through the beastly bulk of a current-generation new release and was amazed at the amount of procedures and principles (there's a good name for a crunchy RPG) cribbed from other systems and shoehorned together. I couldn't work out how on Earth I'd play it - it seemed to be tearing itself apart with unnecessary complications and stages and inconsistent principles.

A very interesting reflection -- you make a lot of sense.

Very well said, and a much better way to look at games than simply old/new -school, or whatever.

Darn it, Mr. PiC! I was just musing about doing a blog post regarding how style of play is really dependent on what system you use! You've stolen the thunder! ;-) Well, perhaps I can still do that post, to add something to the conversation...

I use a hammer for everything. Sure, I have a lot of holes in my wall from that time I tried to paint with it, but I like my hammer dang it!

It is a great feeling to be free of the burden of a belief that there is One True System. I labored under that delusion for many, many years. I'm a much happier gamer with many more games under my belt now that I've finally seen the light.

While it's commendable that some would like to cast a wide net, and have us all drawn into single game system that emulates all play-styles, the effort is misguided.

I'm pretty much up for anything that's brought to the table, as long as the company's good.

Srith of the Scrolls said...

I've got nothing major to add here except that I agree completely. In my case, I tend to Frankenstein a system together to match that sort of game I plan on running. But the approach has a drawback in that it is time consuming.

I'm not arguing that 1E is The Perfect Game, but I do think various games can be more flexible in terms of implementation than you're implying.

I blogged on the same topic with similar sentiments at intwischa.com.

One correction, though, F.A.T.A.L. is a truly versatile system, and can really be used for any style of play.

@Joseph ... I appreciate the alternate perspective.