Banned In Germany And The Montreal Massacre 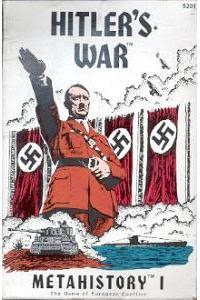 Metagaming's Hitler's War is a fast-playing World War II simulation. You can play the entire second World War in about four hours.

It's not a bad little game, if you are into the genre. It has the unfortunate distinction of displaying several swastikas on the front cover, artwork which essentially results in it being banned in Germany.

It doesn't help that Hitler, himself, is displayed prominently on the box, with his signature salute. That salute is also illegal in Germany. 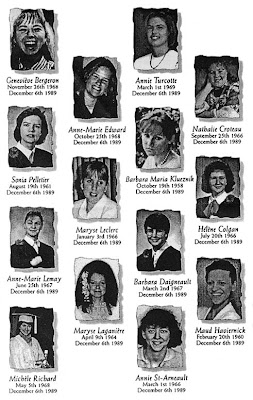 Twenty-five-year-old Marc Lépine, armed with a legally obtained rifle, entered a classroom where he separated the male and female students. After claiming that he was "fighting feminism", he shot all nine women in the room, killing six.

He then moved through corridors, the cafeteria, and another classroom, specifically targeting women to shoot.

Overall, he killed fourteen women before turning the gun on himself. His suicide note claimed political motives and blamed feminists for ruining his life. The note included a list of nineteen Quebec women whom Lépine considered to be feminists and apparently wished to kill.

As a result of the Montreal Massacre, Canada instituted a national gun registry.
Posted by Aaron E. Steele at 1:13 PM

I don't require horrific and disturbing artwork n my role-playing games, since the real world offers more nightmares than I'll ever need.

I empathize with the sentiment.

Was there a connection with Lépine and wargaming?

I only recall he was supposed to be military reject and played computer games.

So there's no "feminazi" connection at all? Well, shucks. Your loyal readers want conspiracy theories, damnit!

Sadly, nothing to offer, other that a review of The Producers / Springtime For Hitler.

Was the Metagaming Hitler's War the same game that was picked up by SPI and later Avalon Hill? If so, I've played it and like it, but I had no idea it started out as a Metagaming product.

That's correct, Avalon Hill's Hitler's War was originally published by Metagaming. I'm not sure how AH got the rights to publish, whether that was from the original author or from Metagaming.