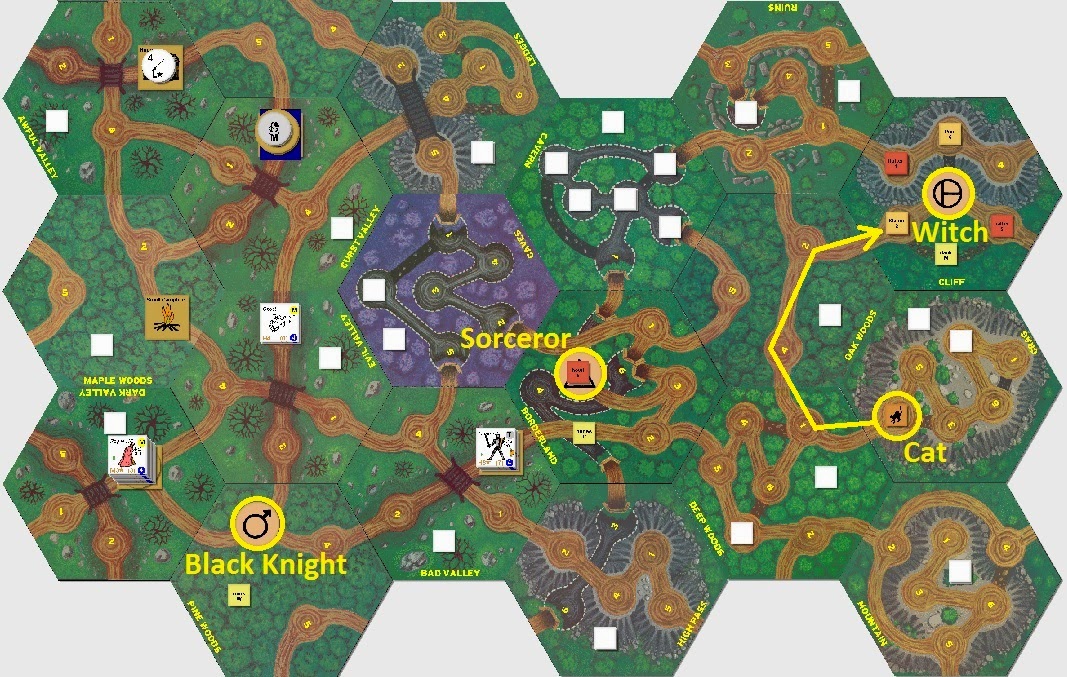 The Witch has dispatched the Imp, and all of the Heavy Spiders at the Cliff.  That leaves six Giant Bats and the Octopus still to be defeated.  Since the Witch selected Fame and Notoriety as her starting victory conditions, she is most interested in killing monsters.  However, the Pool, with its nine treasures, also beckons her from atop the Cliff.

The Witch intends to kill the Octopus anyway, so searching for the secret passage leading to the Pool makes sense.  But before she can do that, the Witch needs to recover her black magic.  She will spend the entire day resting and converting her Type V chits into Black mana.

Day 24's monster roll is a 4: Giants and Trolls.  Giants do not appear in the Cliff, although Trolls are summoned to the Borderland.  It will be interesting to see what happens over there.

The Witch's familiar moves four times to Cliff 2 and ends her turn.  The Witch rests her fatigued Magic V chit and enchants both Type V chits, turning them into black magic.  The Witch is prepared for battle once more.  She ends her turn, and no monsters are summoned to the Cliff.

During Day 24's combat round, the Witch casts her Remedy spell.  She could not do this during prior days, as she transformed herself into the Tremendous Flying Dragon and could not cast additional spells while in Dragon form.  Now that she is in Human form, she can cast the Remedy spell to remove the Disgust curse laid upon her by the Imp. 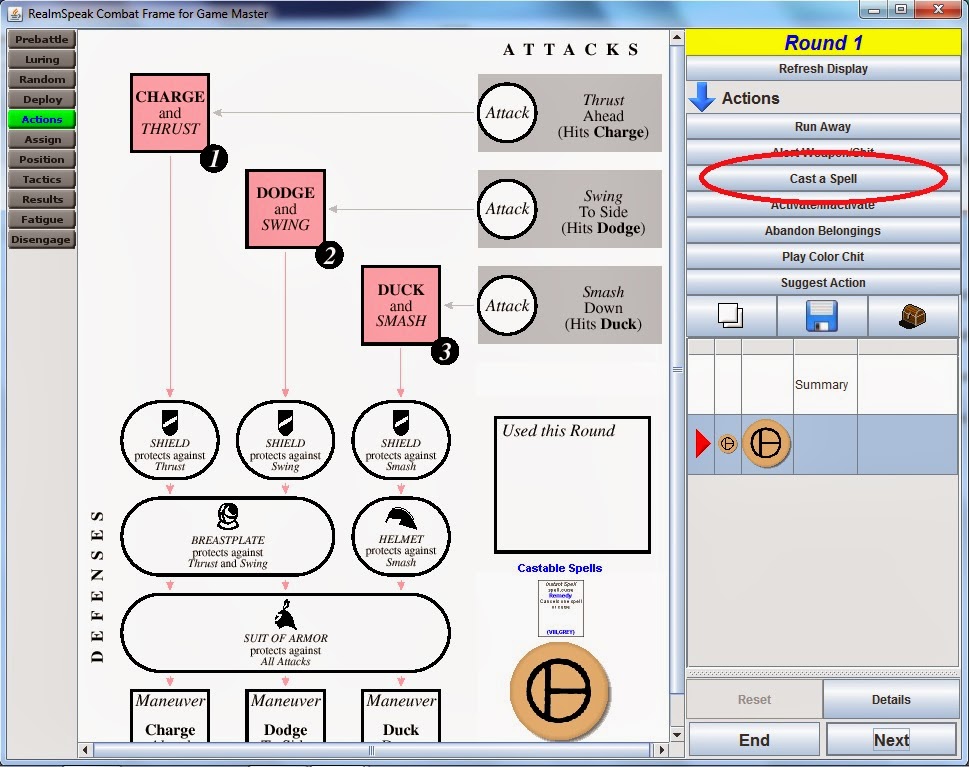 The Witch chooses to cast a spell during the combat portion of the day.

﻿
She selects Remedy, and uses some Gray mana and a Magic VIII chit to power the spell. 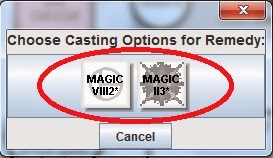 She needs to select a target of her Remedy Spell. 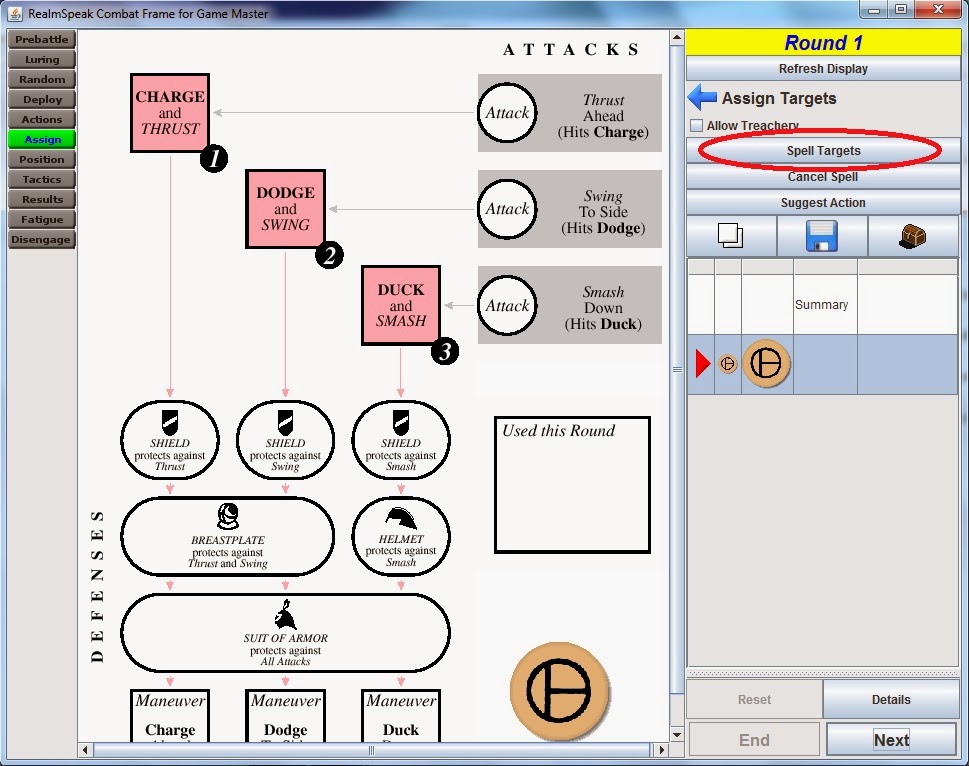 She selects the Disgust curse cast upon her by the Imp. 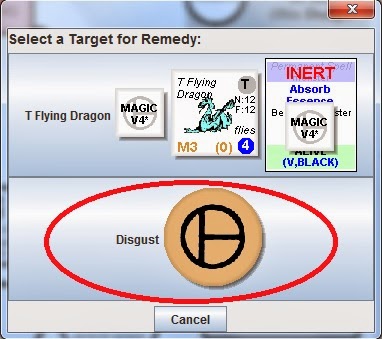 Meanwhile, at the Borderland... 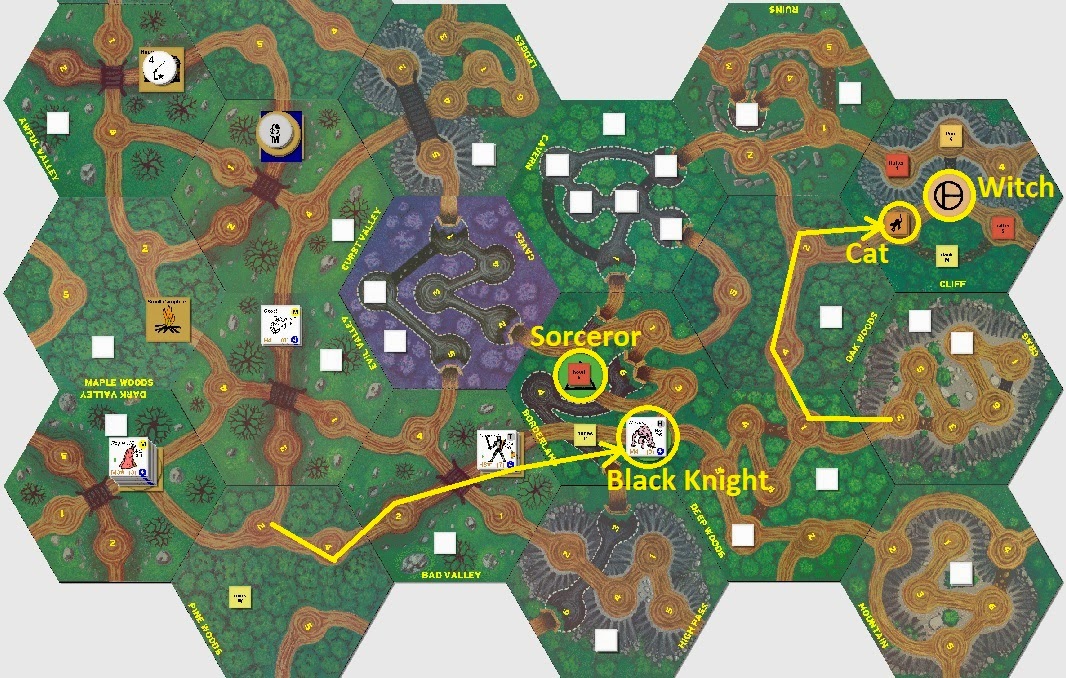 Two Heavy Trolls arrive in the Sorceror's clearing.  The Black Knight successfully hides and moves to Borderland 2, and the Heavy Trolls are re-located to his clearing.  He attacks the Trolls from hiding, dispatching both and suffering a single point of fatigue.