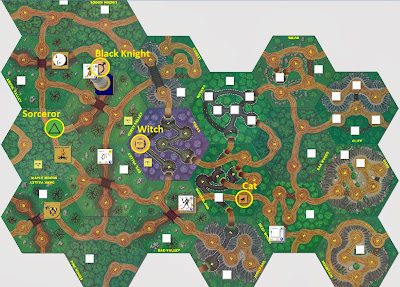 The Witch successfully absorbed the Tremendous Flying Dragon on Day 16. 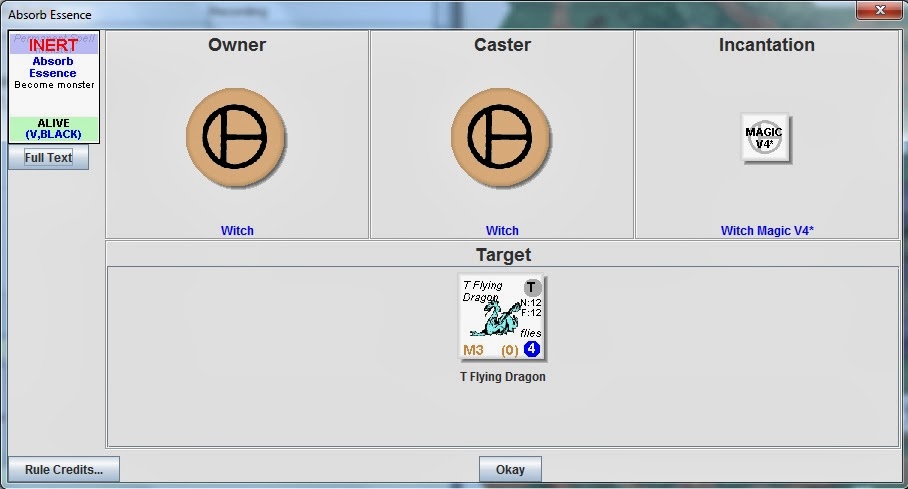 The Witch needs to exit the Caves, recover her fatigued and broomstick-committed black magic chits, and find some monsters to defeat so she can begin racking up some fame and notoriety.  It will take both basic phases on Day 17 to exit the Caves, and the Witch will not be able to hide, rest, or prepare magic chits today.  She is in a vulnerable position: the Sorceror is a day's travel from where the Witch intends to emerge from the Caves, and if the Sorceror ends her turn in the same clearing as the Witch, the Witch will be forced to use the broomstick if she wants to avoid the Sorceror's Fiery Blast.

I'm not quite sure of the Sorceror's intentions, so I helpfully suggest that the Sorceror head towards the Inn and thereafter to the Borderlands, where I can help her defeat any Goblins that may appear(the Witch has found three of the four Goblin-summoning chits in other tiles, so the fourth one is almost certainly in the Borderland). 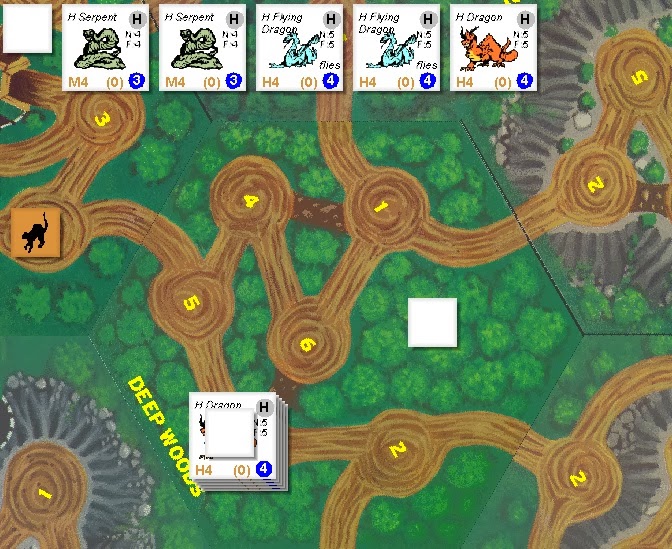 A week ago, on Day 10, the Witch found herself in the Deep Woods, surrounded by three Dragons and two heavy Serpents.  The Witch would now like to battle them, while in Dragon form.  If defeated by the Witch in left-to-right order during the same day, those monsters are worth a total of 72 fame and 72 notoriety, because of the multipliers applied to additional monsters killed during the same combat.  That monster-infested Deep Woods clearing is the Witch's destination, but she wants to arrive there on or before Day 21, because on Day 21 some of those monsters could be summoned back to the set-up chart and be unavailable for our combat.

The monster die roll is a 5: Spiders and the Imp.  The Witch's familiar moves twice to Deep Woods 3 and peers twice, finding hidden enemies and clues, but not hidden paths.  The Witch moves twice to Bad Valley 4 and ends her turn. 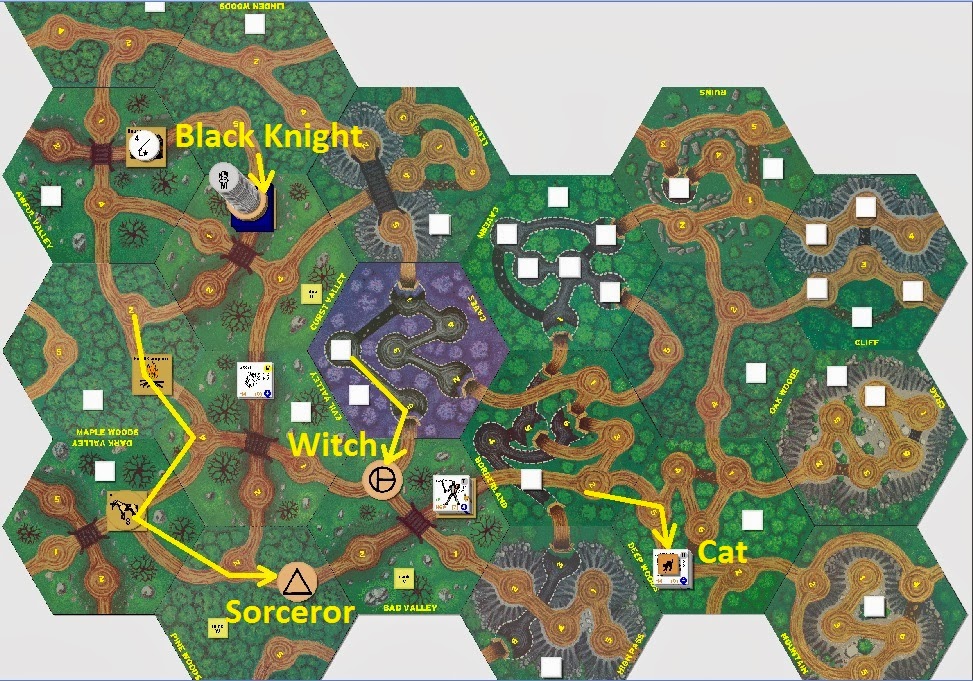 I'm not sure if it was already the Sorceror's plan, but she moves five clearings to Pine Woods 4, heading, it appears, towards the Border land.  Meanwhile the Black Knight heads back to the Guard house, hides, loots twice, and proceeds to butcher the other two Guards remaining there.

During the first combat round, the Witch activates her workhorse, and during the second round casts Remedy on the broomstick, releasing the type V chit tied up with the broomstick spell.  That chit becomes fatigued and is ready to be rested and re-enchanted, for use to activate the Tremendous Flying Dragon.