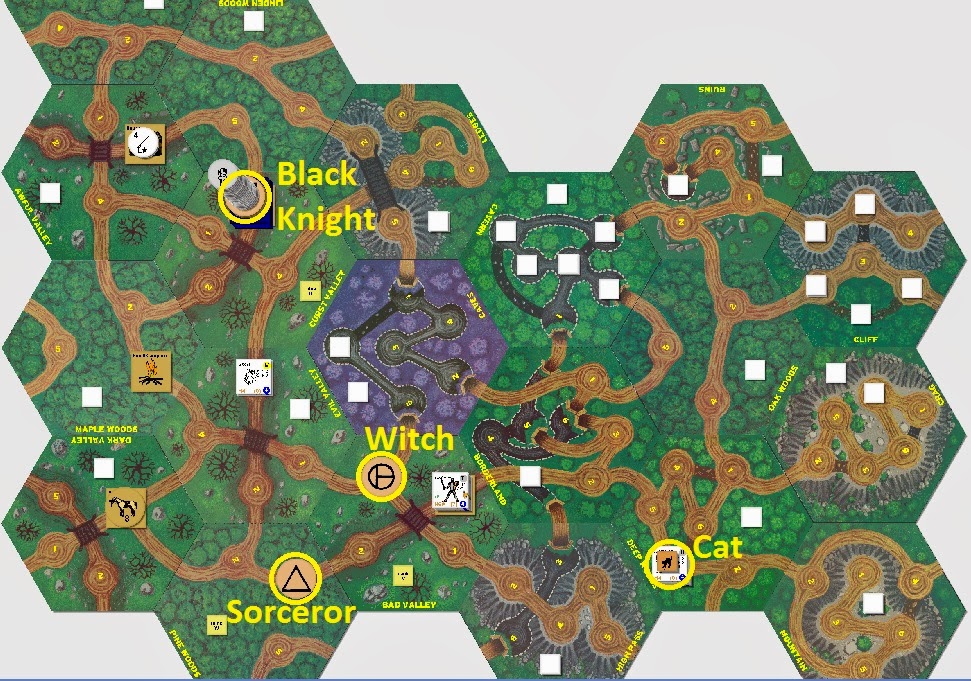 The Witch exited the Caves yesterday.  Now on Day 18, she has four days between now and Day 21 to reach Deep Woods clearing 3, where five heavy monsters wait to dispatched.  If the Witch can reach Deep Woods in 3 days rather than 4 (by Day 20) there is a 33% chance that one of either the Tremendous Serpent or Tremendous Dragon will join the battle that day (on monster rolls 1 or 2) allowing the Witch to collect an additional 30-33 fame and notoriety.

There is some urgency, then, to reach Deep Woods 3. 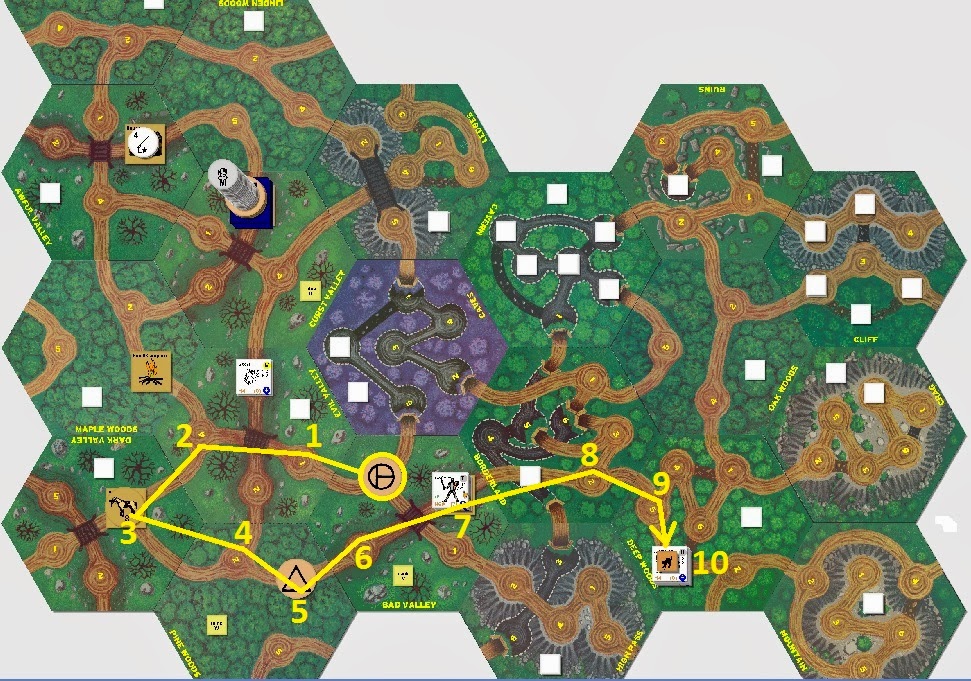 The Witch is 10 clearings from Deep Woods 3, so it will take two complete travel days to arrive there (four moves plus an extra one each day, because of the Witch's workhorse).

The Witch also needs to rest twice to recover her fatigued Magic V chits, and three phases to enchant the chits (one preparatory enchant phase, plus two enchant chit phases) to change those Magic V chits into black mana. 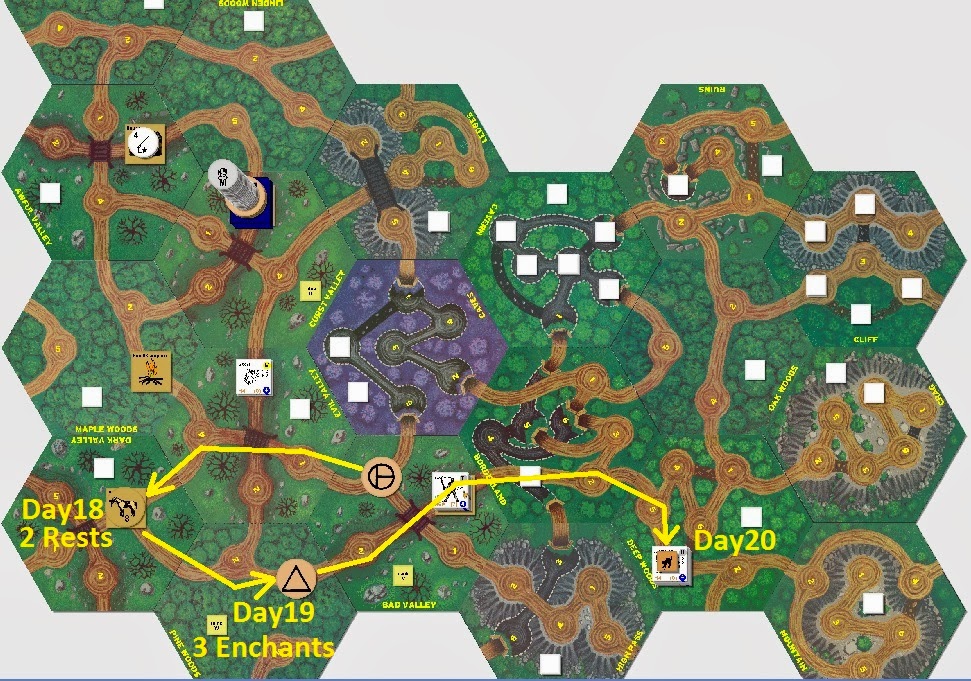 The Witch can perform all 15 phases over three days, but Day 19 will end in the Pine Woods, putting the Witch at some risk that the Wolves will arrive to battle her.  Her workhorse will protect her from the wolves' attacks, so the Witch is actually in no danger.

On Day 18, the monster die roll is a 6: Bats.  The Witch's familiar peers four times and finds the hidden path in Deep Woods 3.  The Witch moves three clearings to the Inn and rests her two fatigued Magic V chits. 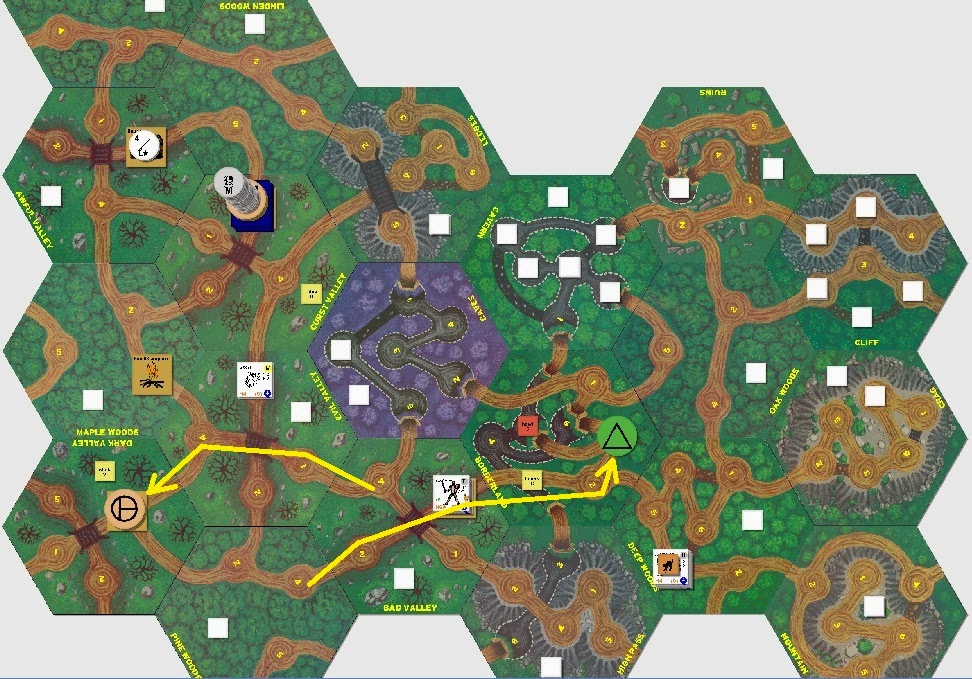 Meanwhile, the Black Knight continues to loot the Guardhouse, while the Sorceror moves to the Borderland and successfully hides.