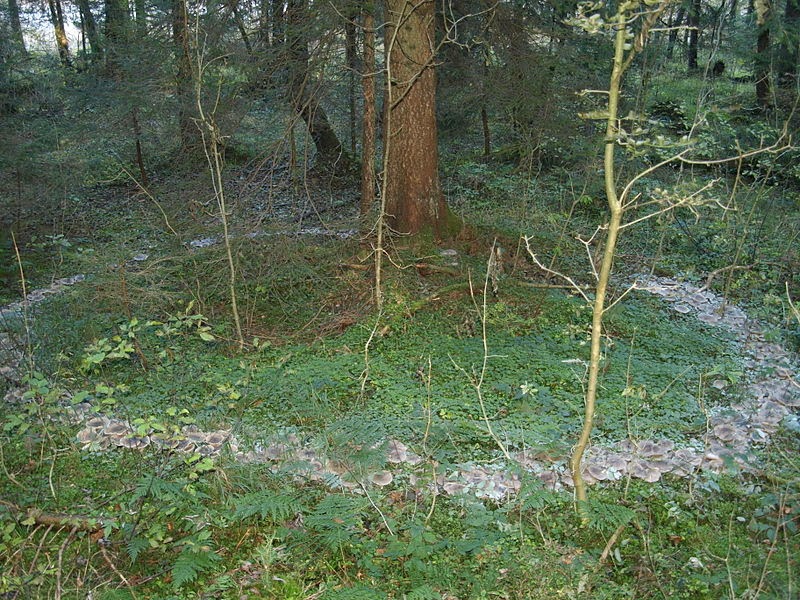 My exploration of Dungeons and Dragons' inspirational fiction has led me to several relatively obscure (by modern standards) authors.  Lord Dunsany, whose writing is lauded by later fantasy and horror authors, such as Lin Carter and H.P. Lovecraft, is among those more obscure authors.

Lord Dunsany's novel, The King Of Elfland's Daughter, first published in 1924, may not have been a direct inspiration for Dungeons and Dragons, but it seems to have influenced another fantasy game, namely Avalon Hill's Magic Realm.

I want to share a few select passages from The King Of Elfland's Daughter, as its contents mirror many game elements central to the implied narrative of Magic Realm.

"And as [the Elders of the Valley of Erl] wondered, the Freer intoned, 'Cursed be fairies ... and whatever enchants the meadows ... Cursed be brooms ... Cursed  be witches and all manner of witcheries ... Cursed be toadstool rings.....'"(216)

"So now [the Elders] spoke over their mead of the future of Erl and its place among other valleys...."(32)

"And away rode Alveric out of the village of Erl with his company of adventurers behind him ... to houses built on the verge ... he would go by the borders of the fields we know ... got no glimpse of the pale-blue [elfin] mountains...."(96-97)

"[The Hounds] crossed a few more hedges, and there loomed before them the dark of the wood ... they hunted the Unicorn clear through the wood and down to a valley..."(129)

"The Freer on his homeward way heard the cry of Magic, and gathered his sacred robe more closely around him and clutched his holy things, and said a spell that kept him from sudden demons ...."(137)

"And she saw by magic, as long as his fingers made the spell, the dark green forests and all the fells of Elfland, and the solemn pale-blue mountains and the valleys that weird folk guarded...."(172)

"And all his dominions had exulted in this, and the watchers on awful crags had blown strange calls... and monster[s] ... had rejoiced with a new joy...."(173)

"And in the dark of long caverns weird things in enchanted seclusion rose out of their age-long sleep...."(175)

"Alveric met one morning one ... whose thin high conical hat and mystical air proclaimed him surely a wizard..."(179)

"Alveric saw at evening a woman in a hat and cloak of a witch sweeping the heath with a broom."(195)

He had on his sacred robe with its border of purple, and the emblem of gold round his neck...."(216)

"She besought a rune that should restore to her Alveric and Orion, bringing them over the border and into the elfin lands...."(221)

"She spoke of the magical orchids that came down once over cliffs like a sudden roseate foam breaking over the Elfin mountains...for all these wonders were his: bird-song and blooming of flower alike were his inspiration.  And she prayed again for that  ultimate rune, that long-hoarded treasure of Elfland...."(222)

Having completed The King Of Elfland's Daughter, my assumptions about the source of monsters and treasure scattered throughout the Magic Realm has changed.

I always assumed that the Magic Realm's treasures and monsters were a product of the collapse of a human kingdom.  However, the story of The King Of Elfland's Daughter is about the sacrifice of the kingdom of Elfland to re-unite an elf-maiden with a mortal king.

The King of Elfland casts his final rune, the one that maintains Elfland's timelessness, to re-unite his daughter with her husband and child, ultimately dooming Elfland.

If this truly is a central inspiration for Avalon Hill's Magic Realm, it may explain why there are no Elves in Magic Realm.
Posted by Aaron E. Steele at 11:06 PM

Interesting post.
I think some of Tolkein's works on Fairy may be relevant to MR as well.

The bird-song is a good catch, I seem to remember that from Arthrurian romances also.

Dun. is mentioned in D&D by name, though it is to point out that the game works differently than his stories.

Also there are elves in MR. A player character and I think the wood folk are implied elvish. Their artwork certainly is.

I seem to recall Hamblen asking in an interview, cryptically, if people wondered why there were no elves in Magic Realm. I think he meant as an native group, so I surmise that he does not think of the woodfolk as the Elves. Yes, there is a single elf character, you are quite correct. But no group of elves ... no elf leader or elf band.