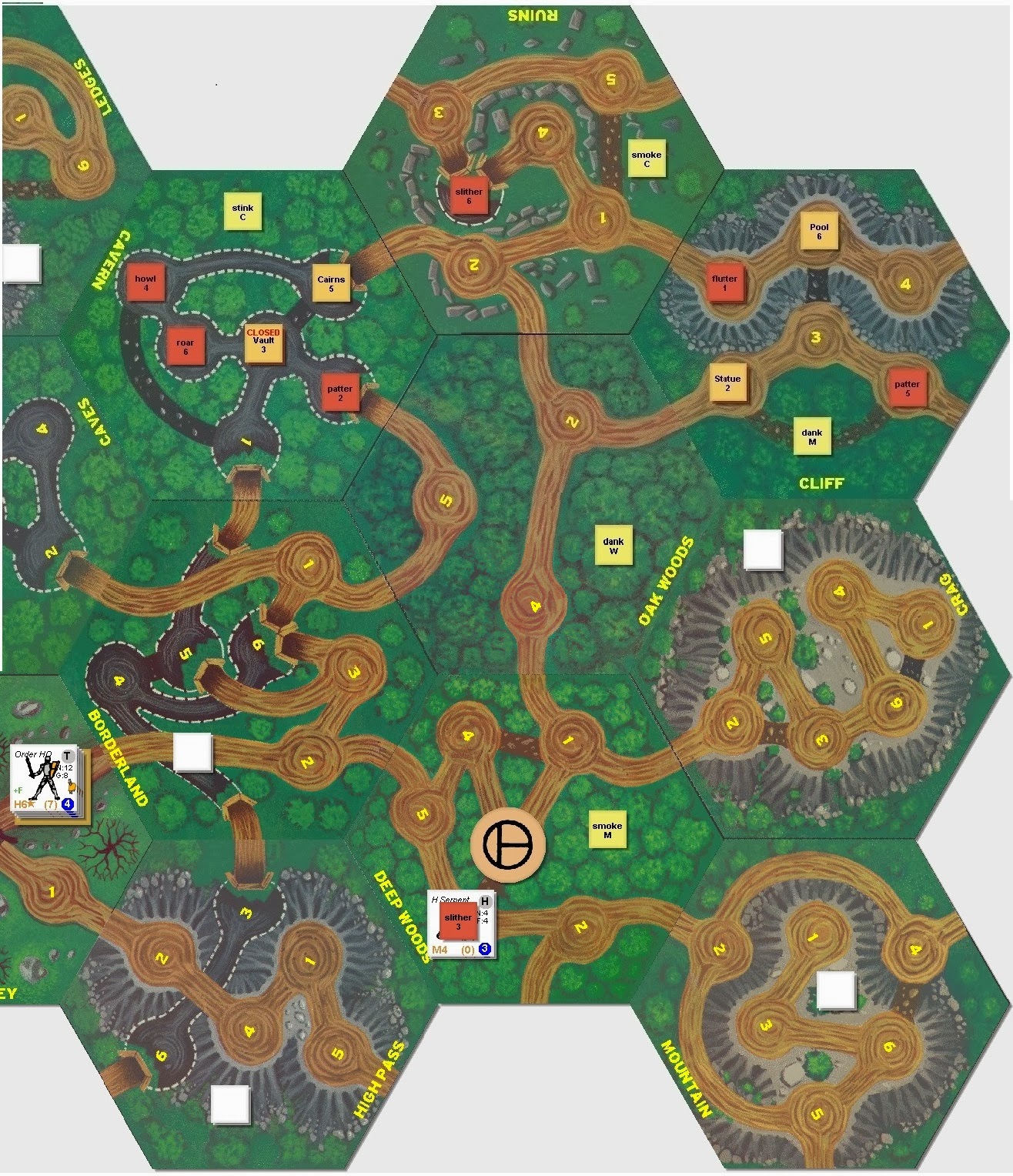 The Witch begins Day 8 in the Deep Woods.  She had hoped to find the Hoard and the Tremendous Flying Dragon by now, but  there is still plenty of time to do so: the Witch's failure, to-date, is not fatal to her chances of winning the game.

The Crag, Mountain and Borderland are all easily accessed from the Witch's current location in the Deep Woods.  Any of those tiles might be the location of the Hoard.  Since the Crag is nearby, the Witch will travel there first, recording a Hide phase at the end of her three move phases (she must record two moves to enter the mountain clearing in the Crag). 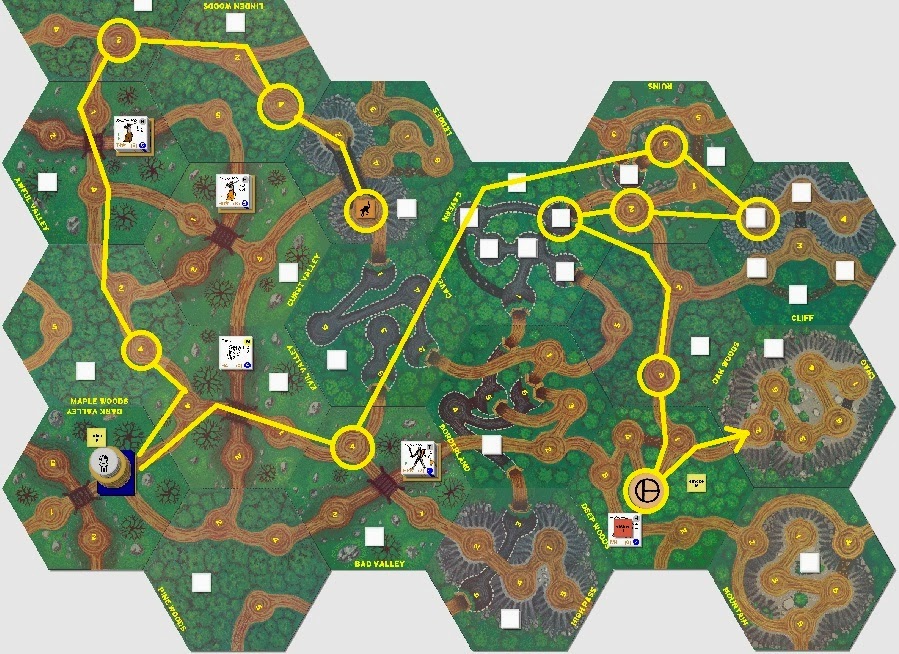 At the same time, the Witch's black cat familiar will Peer four times in the Ledges.

On Day 8, the monster roll is a 3: Goblins and the Octopus.  The Witch already knows where the Octopus resides: the Cliff.  And Goblins only appear in Cave tiles.  So we should be safe in the Crag on Day 8. 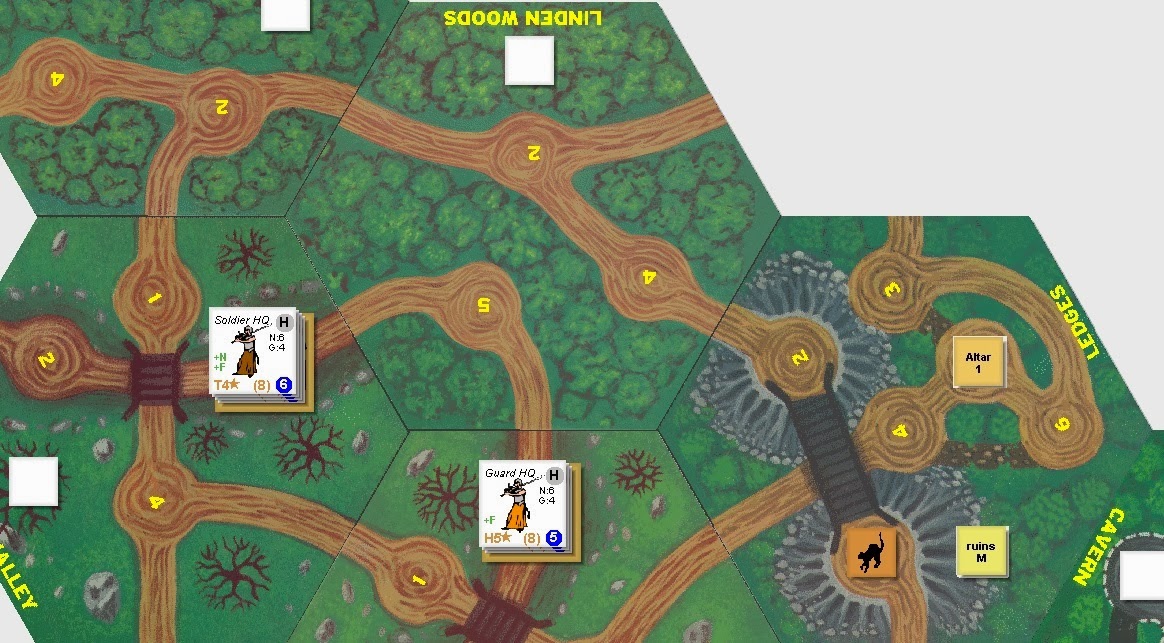 The Witch's familiar peers four times in the Ledges,successfully revealing the Ruins M chit and Altar 1 treasure location chit.  The Ruins M chit summons Giant Bats; the Altar is guarded by a Demon.  Neither monsters will be summoned today, since the Witch's black cat never causes monsters to be summoned to the map, and the Demon and Bats appear on monster rolls of 2 and 6, so would not appear today in the Ledges in any event. 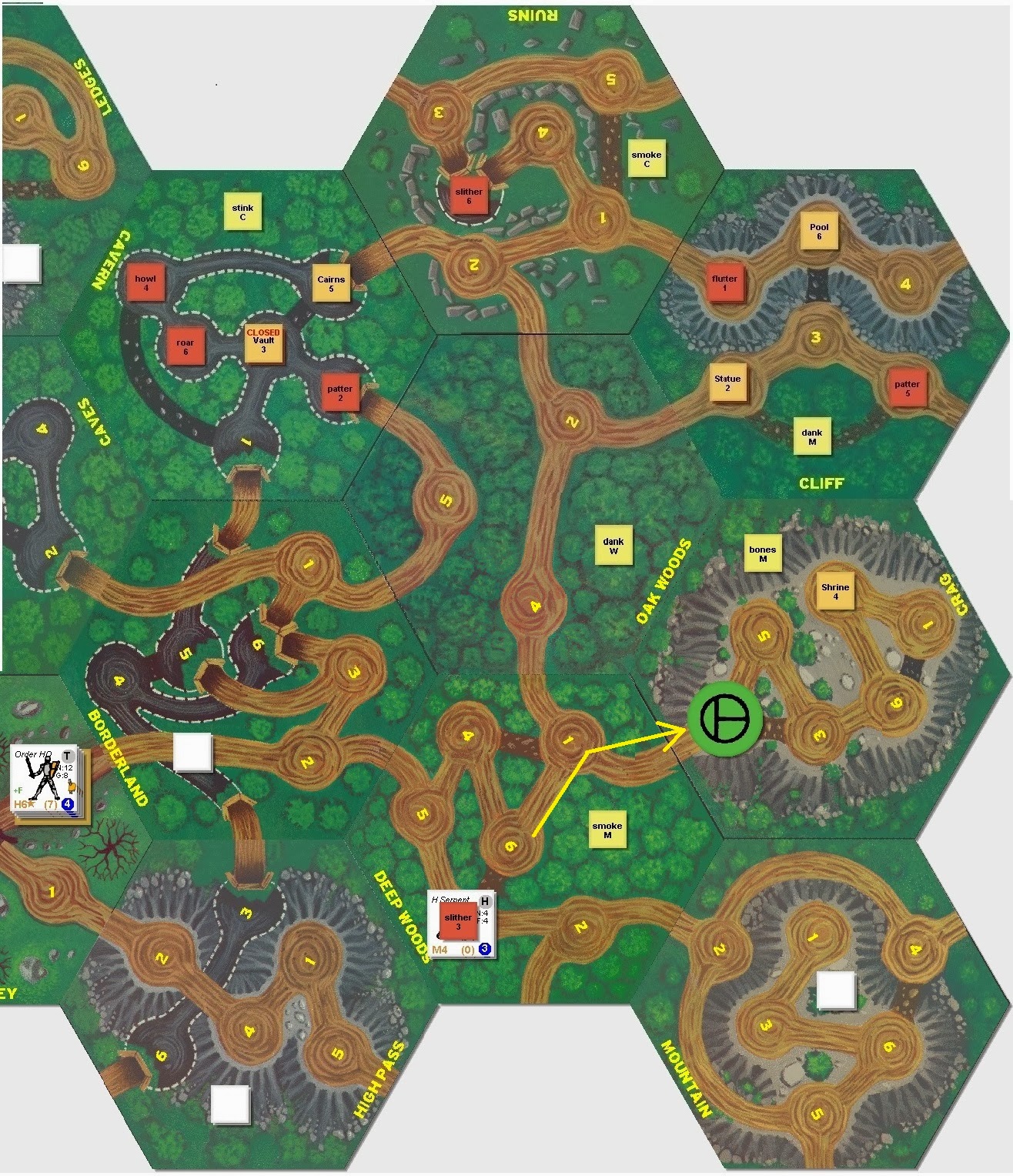 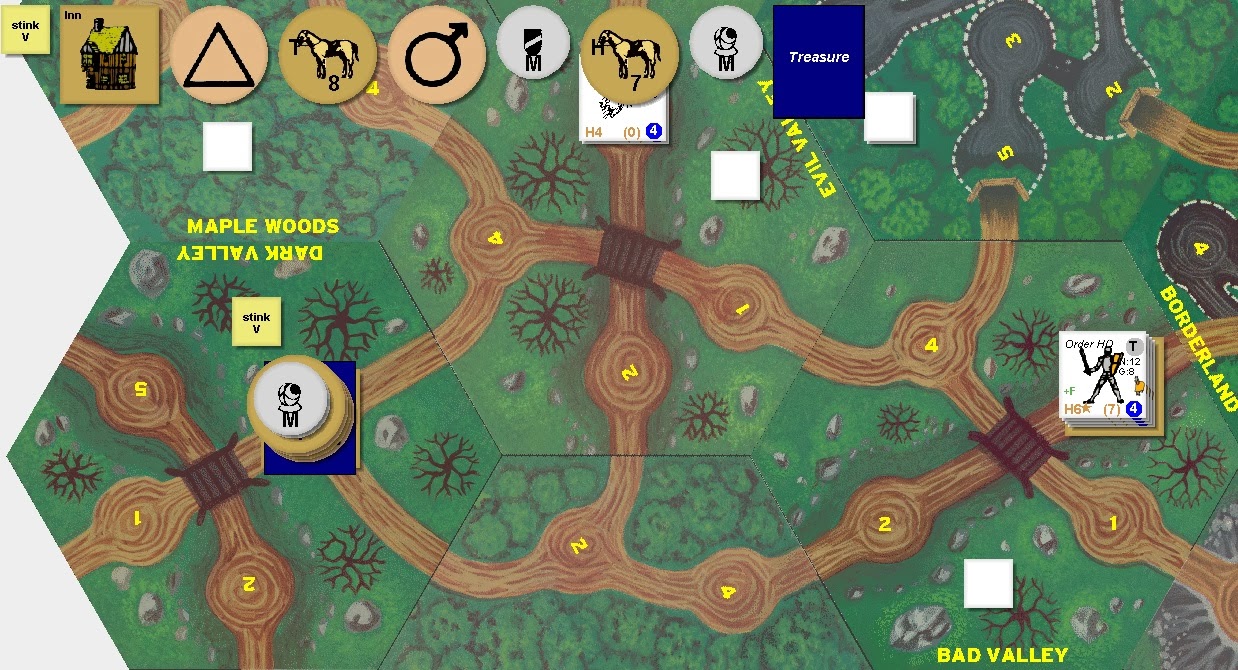 Meanwhile at the Inn:  The Black Knight and Sorceror continue looting the treasures of the dead Rogues, Patrol and Company.  After they complete looting for the day, you can see the five treasures still left at the Inn, displayed across the top of the map, above. The Sorceror gloats that she has fulfilled her victory conditions, here on Day 8 of 28, with the successful recovery of the Toadstool Ring, which she activates.

The Witch has yet to gain a single point of notoriety or fame.  It's easy to become despondent, but the Witch needs to stick to the plan: she will eventually find the Hoard and Flying Tremendous Dragon, and then the Witch will come into her own.

This annotated Actual Play is excellent Aaron. Thanks for posting this.

As a kid who got Magic Realm at age 10 one Christmas, my brother and I never could figure out how to play the magical characters such as the Witch and the Witch King. (The rulebook was dense, or maybe that was just us.)

We played characters like the Knights, the Amazon, and the Captain exclusively. Your strategy with the Witch is a real eye-opener.

It will get more interesting once we find that elusive Tremendous Flying Dragon.

I love your Magic Realm stuff. Thanks for posting these.