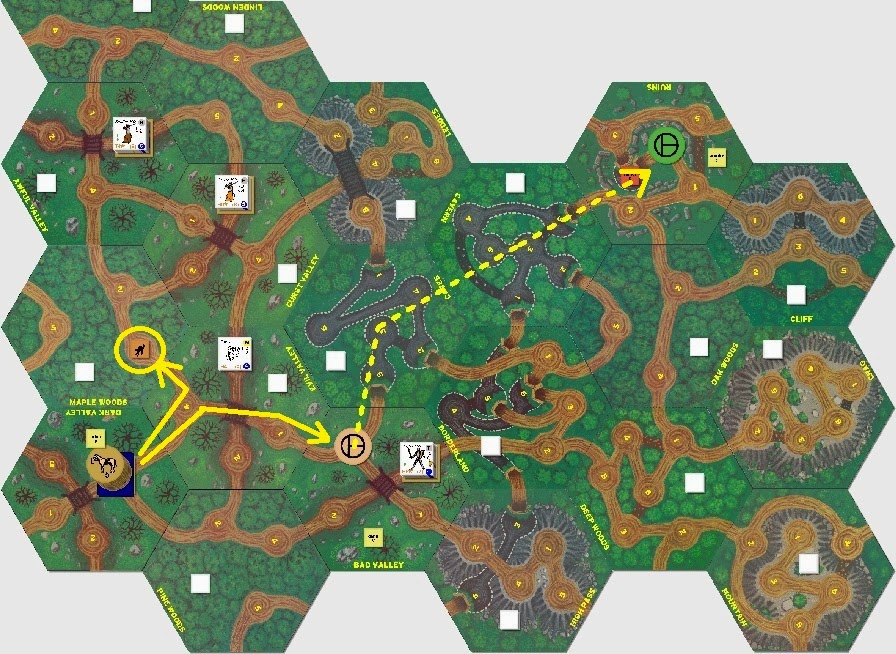 On Day 1 of the Witch's adventures, she travelled to the Bad Valley and prepared her Broomstick spell.  Meanwhile, her familiar slunk to the Maple Woods and performed two failed peer attempts.

On Day 2, the Witch will use her Broomstick to fly three tiles, to the Ruins (on the far side of the map) and attempt to hide on her fourth phase.  The Witch's black cat will perform four more peer attempts at the Maple Woods.

Some might consider a broomstick flight to the far side of the Magic Realm, with no safe valley available, concluding with a single hide attempt, to be somewhat incautious. I'm inclined to agree.

However, the Witch can afford to be incautious at this stage since we're only at Day 2, and if the Witch fails to hide and dies at the claws of a monster she can rejoin on the following day and lose only two days.  But she will have gained some important information about the Ruins.  Where you DO want to be cautious is past Day 5, and certainly on Day 27 or 28, when you've otherwise fulfilled your victory conditions.  Of course, this is a multi-player game, so rejoining is available.  That won't be the case in a single player game.

The name of the game for the Witch, at this point, is to find a Tremendous Troll or Tremendous Flying Dragon, and quickly.  We will look at why those two monsters are important once we find one.

On Day 2, the monster die roll is 6: Bats.  Hopefully we are not flying into a swarm of Bats, as the Witch is too slow to escape death by Bats. 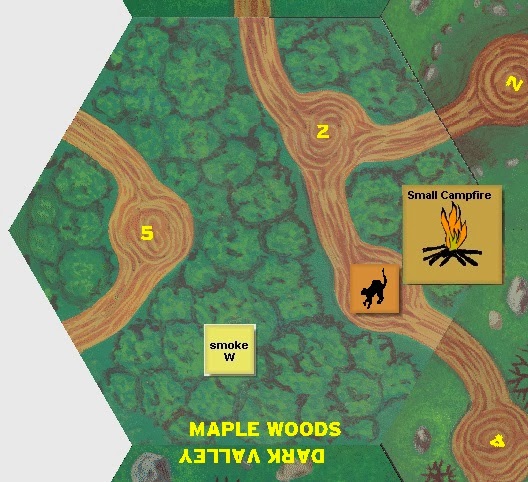 The Witch flies three tiles to the Ruins and successfully hides.  When the chits are turned over at the end of her turn, they are revealed to be Slither 6 and Smoke C. 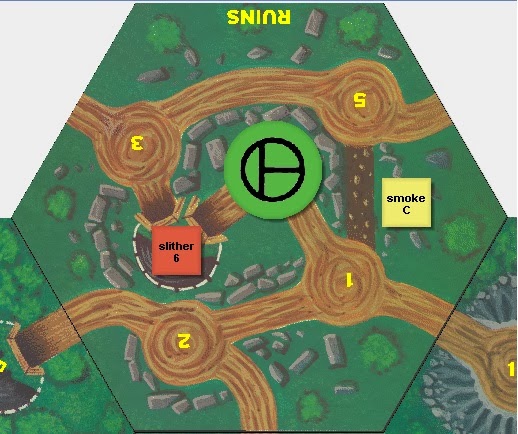 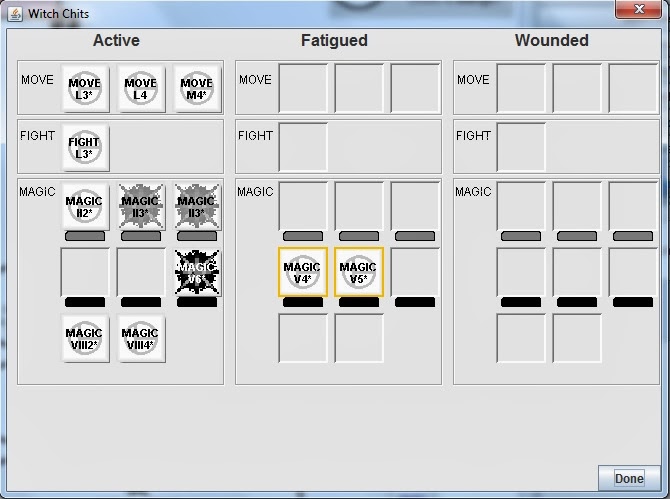 As the Witch has used up the power of her Broomstick, she will need to cast it again if she wants to fly again.  The magic chit powering the Broomstick fatigues and she now has no Type V rituals available to cast spells, as two are fatigued and one has been converted into black mana.  She will need to find a place to rest and recover her strength.

Meanwhile, at the Inn:  The Black Knight and the Sorceror spend the entire day resting after an exhausting Day 1 battle versus the Rogues.