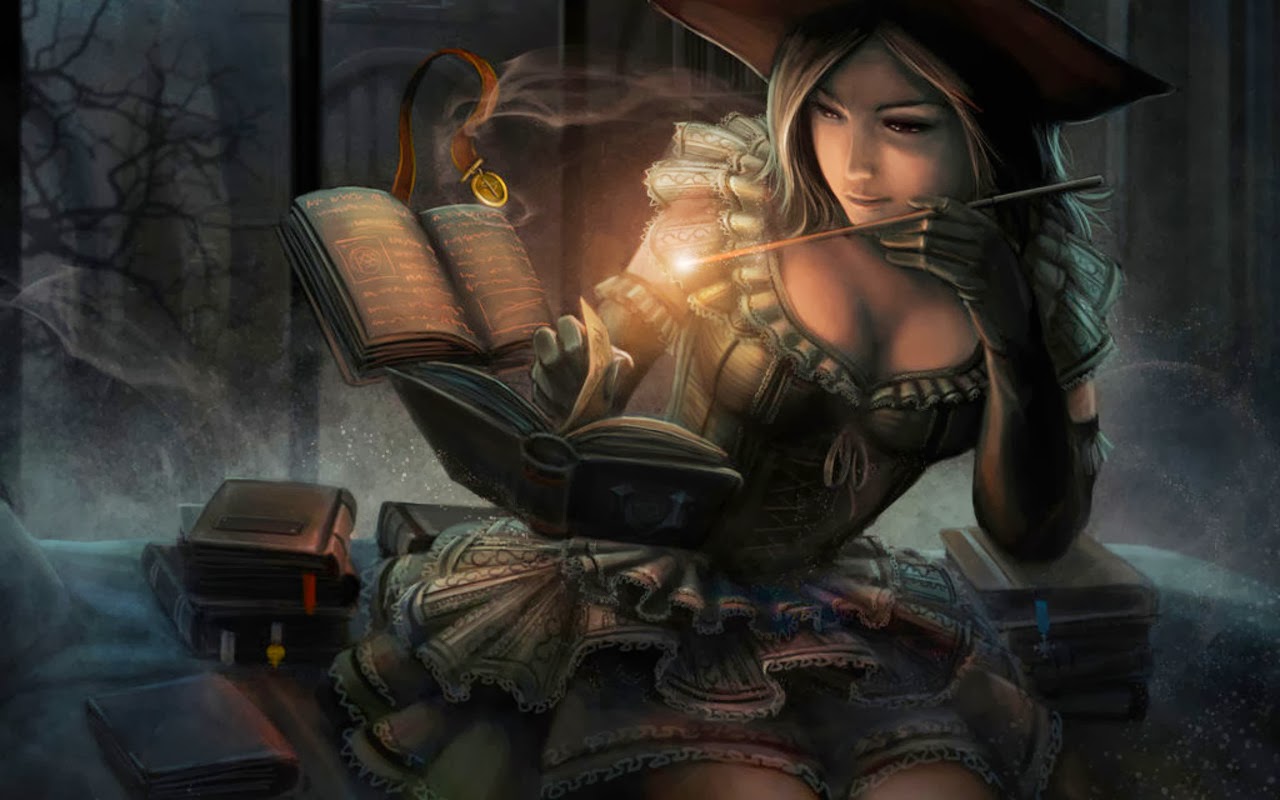 Before attempting a Magic Realm game, featuring one of the magic-using characters, like the Witch, it is critical to review and understand how spell-casting works in Magic Realm.

In Magic Realm, all spell preparation and casting takes place in the Evening, during the combat stage.

There is a specific order of play, for every game day, in the Magic Realm.

That order of play is as follows:  (1) Birdsong, in which you write down your planned actions; (2) Sunrise, where the prowling monster roll is made; (3) Daylight, during which you complete your written actions, and monsters and natives move and appear; (4) Sunset, at which you decide the order in which combats will occur; (5) Evening, during which you engage in combat and cast spells; and (6) Midnight, where you advance the day marker to the next game day.

Characters complete their written actions during stage (3), the Daylight stage, and cast spells during stage (5), the Evening stage.  Spells cast in the Evening only affect the combat in which the Character is currently engaged, or take effect during the day(s) AFTER the spell is cast.

For gamers who have exclusively played Dungeons and Dragons, and are used to declaring and casting spells at any time during the game with near-immediate effect, this is a hard to fathom.  Spell-casting in Magic Realm, because it cannot be initiated at any time or facilitated by an in-game Dungeon Master hand-wave, requires more planning than the equivalent actions in a traditional role-playing game.

Hopefully our Witch example of play will help clarify the importance of planning your spell-casting in the Magic Realm.

Another critical piece of information necessary for spell-casting relates to the elements of a successfully cast spell.

There are three elements to casting a spell in the Magic Realm: one, ownership of the spell; two, the ritual to the spell; and three, mana to power the spell.  You must have all three, together, in order to cast the spell.

Every magic-using character in the Magic Realm begins with one or more magic chits, which represent spell rituals, and one or more spells.  Above, you can see a typical Witch spell combination, a Magic V4* chit, a Magic V5* chit with a black splotch (the chit has been converted to Black mana), and the Absorb Essence spell.  At the bottom of the spell, it tells you the spell ritual required (in this case a ritual V) and the color of mana required (Black).

As we play the Witch, we will need to be careful to manage our chits wisely, to ensure we have both the right rituals and color mana to perform her spells as necessary.
Posted by Aaron E. Steele at 8:15 AM

I'm not much of an RPG player currently, but I did play AD&D as a young teen. From that perspective I absolutely love the magic system in Magic Realm. The three elements needed to cast spells - Spell, Ritual and Mana - are a very simple way of capturing the idea of verbal, material and somatic components found in D&D spell casting. Spell casters in the Realm have access to powerful magic, but they must expend phases (often *many* phases) of preparation to bring that power to bear.

I also love the way that permanent spells are "brought to life" in the presence of the proper mana. It allows for the feel of casting a spell at any time. It also creates situations where the unexpected can occur, such as when a character enchanted by a melt-into-mist spell comes across Dragon Essence.