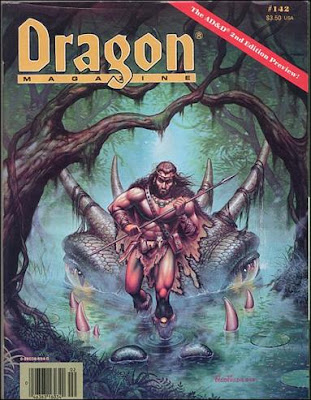 I possess only a handful of post-issue 142 Dragon Magazines.

Issue 142 of Dragon Magazine, published in February 1989, is a significant signpost in the history of DnD, for that issue contains the official preview for Advanced Dungeons and Dragons, 2nd Edition.

It never really occurred to me that I should be interested in what was said about Dungeons and Dragons, after the release of the 2nd Edition rules. After all, was 2nd Edition not the culmination of everything that had been, or could be, said about DnD? 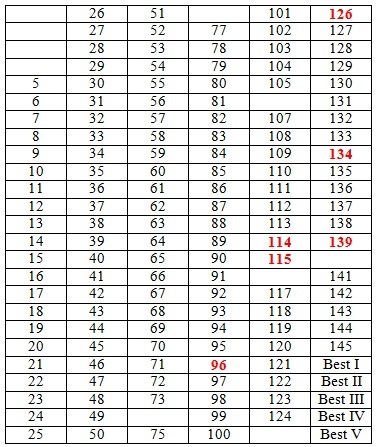 I'm curious to hear whether I am mistaken in this regard, and if so, what wisdom can be gleaned from Dragon Magazines, post-issue 142.

If those post-issue 142 Dragon Magazines are worth pursuing, are there any issues that are particularly insightful?
Posted by Aaron E. Steele at 6:40 AM

Second Edition is the gold standard for me. TSR had the best stable of artists at that time, and they started cranking out the most interesting worlds and ideas in the history of D&D. The 2nd Edition videogames are also the best D&D games ever created, without question.

Dragon 246 had a nice article abuout variant homonculi and, uh, er, um... the ecology of the flumph. **DUCKS** Dragon 164 had one about the iron cobra, and some variants. There is some interesting content, if you can get your hands on the CD-ROM set.