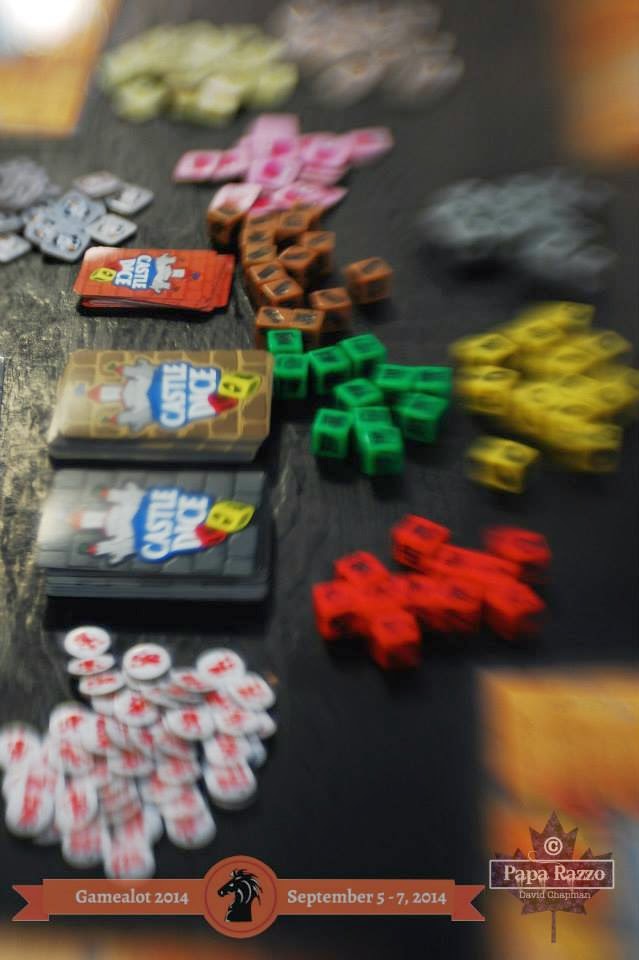 Here's a photo of one of the gaming tables I was sitting at during Gamealot 2014,  the local charitable gaming convention run by my FLGS, Mission Fun and Games, over the September 5, 2014 weekend.

I was running a demonstration game for something called Castle Dice, one of several games that was funded through Kickstarter.

It's a light Eurogame with some dice-rolling and dice-drafting elements, where the object is to build the best castle from the resources drafted from the resource dice (the colored dice on the right-hand side of the photo).

The convention was a blast, but like my trip to Gencon, I failed, once again, to fully capture a gaming event I attended in photo form.  Several other attendees did take photos, so here is a sampling of their photos of the weekend's activities. 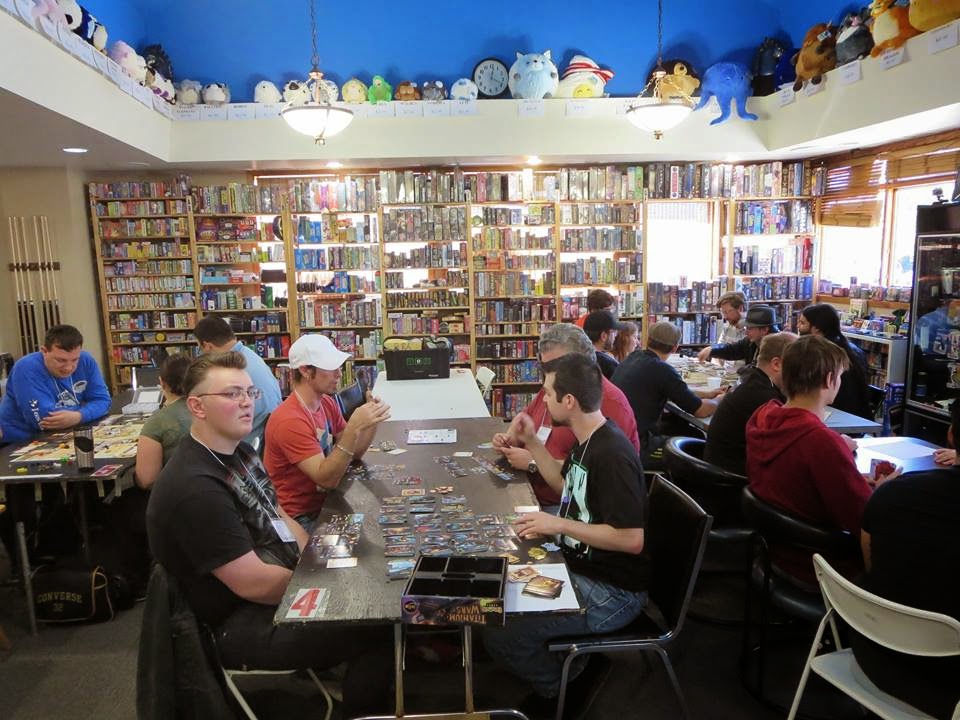 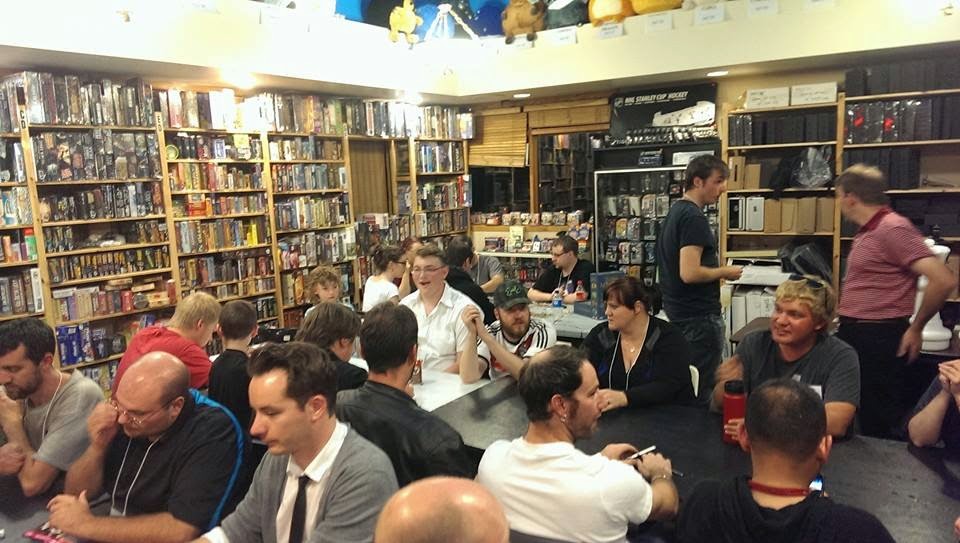 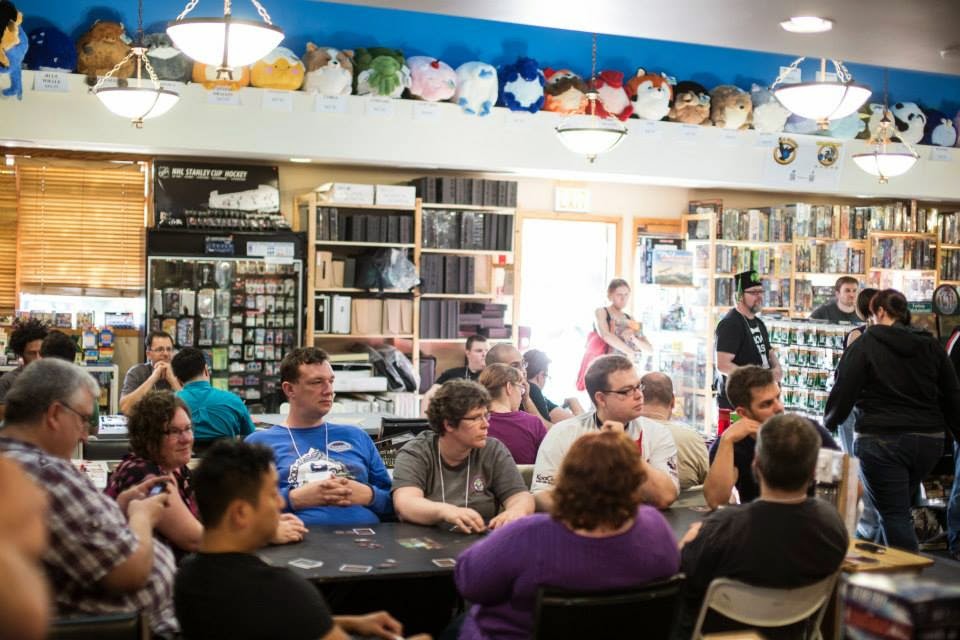 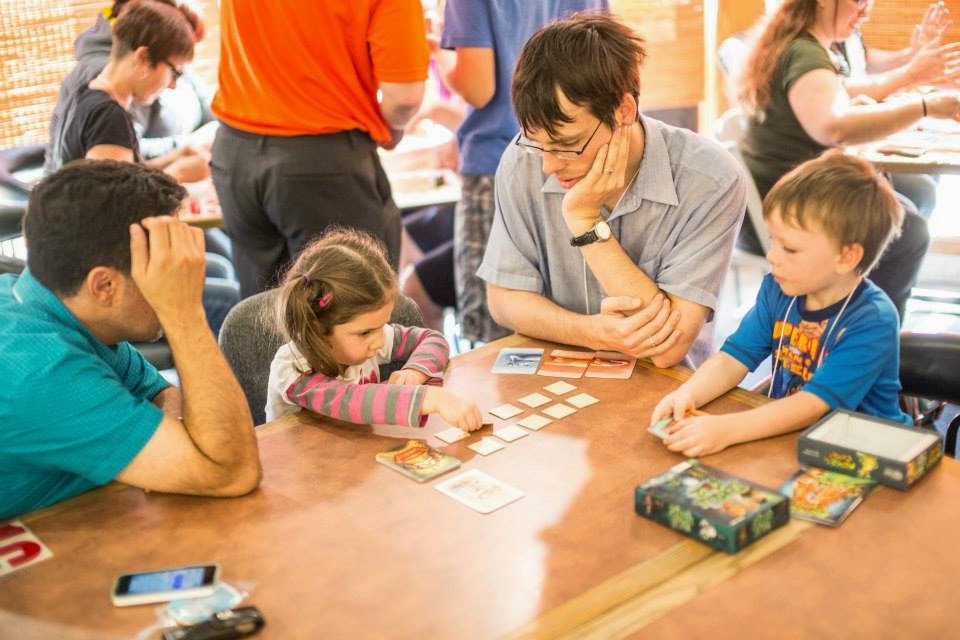 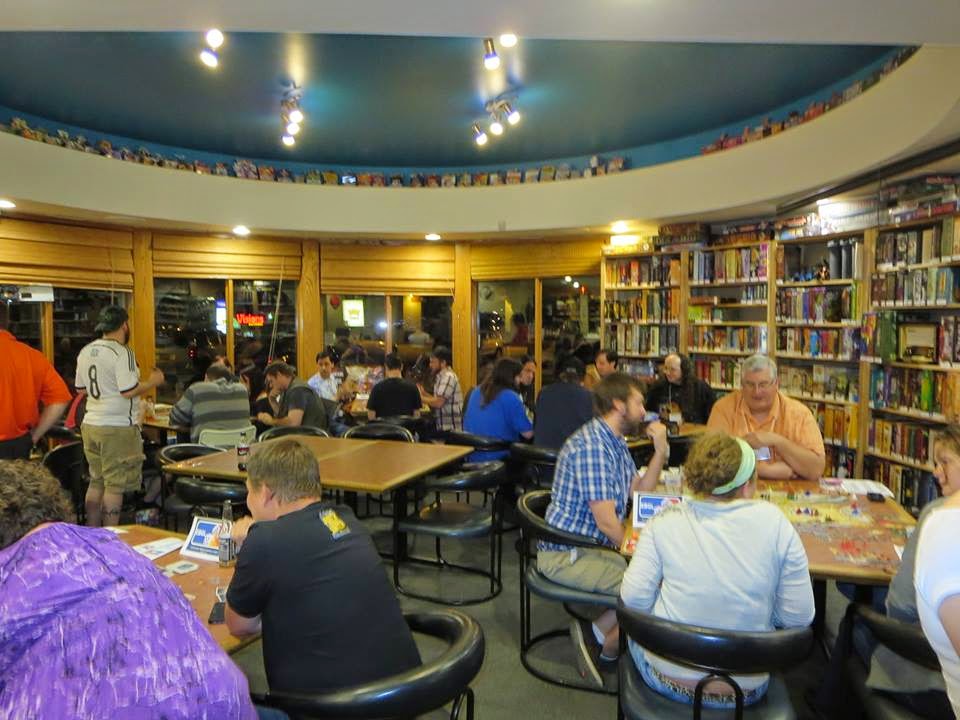 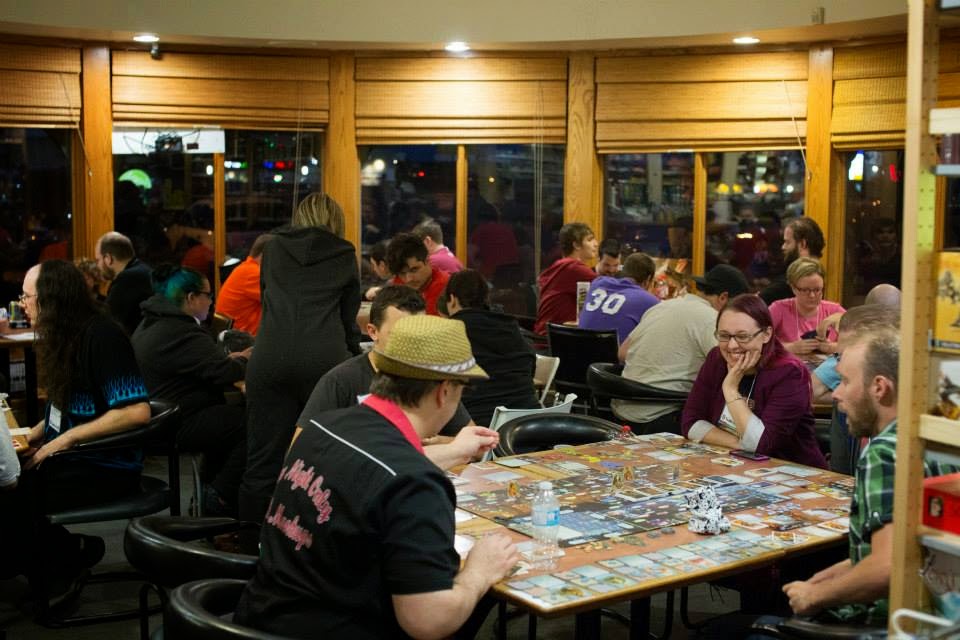 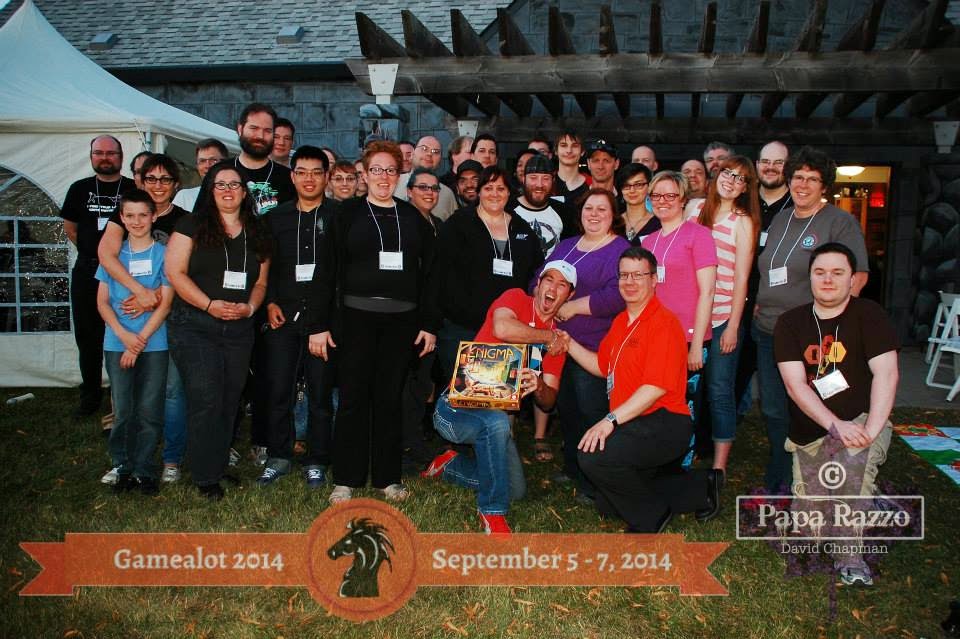 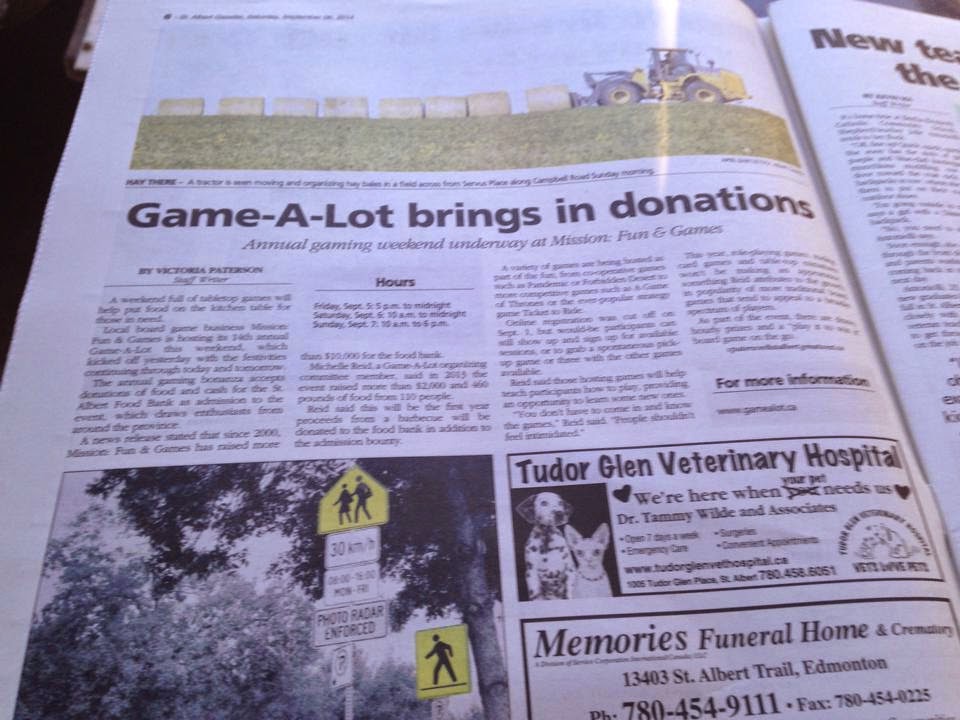