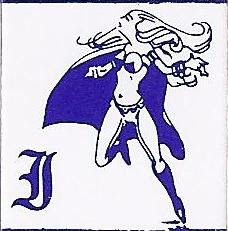 Earlier, I mentioned that the quality of The Fantasy Trip (TFT) micro-art reaches its zenith with Death Test.

Two TFT products precede Death Test: Melee and Wizard. I like the micro-art from both sets of counters. The art is minimalist but for the most part highly effective at communicating the essential character of the depicted Wizard.

Melee has its' bell-bottom wearing warriors and giants. Wizards, by way of contrast, introduces vaguely oriental-style 4- and 7-hex dragons, and trippy-tropey Wizards. Here are several of those Wizards, gracing, well, the Wizards' counters.

The first Wizard, above (or is that Sorceress?), you've seen in one of my earlier posts. It is Mistress J, with her blond hair a-fluttering, her cape a-flowing, and her armored bikini glinting in the torchlight. I posted this counter earlier, as it is one of my favorites from the Wizards set of counters. Simple, evocative micro-art. I wonder if she gets an armor bonus.

The next counter (below) is somewhat of a mystery. The figure suggests a female form, with the face in profile -- a Sorceress sporting a gossamer gown or dress. The upper, casting hand is oddly distorted, and the midriff, thighs and posterior have a strange, bloated quality (consider in particular the placement of the belly-button). I never used this counter during a game. I find it vaguely disturbing rather than entrancing. It's too bad, because there is something compelling about this piece of micro-art, particularly the hair, lower legs and feet, and the hand by the figures' side. The hair almost says Medusa. I'm not sure if the artist (Pat Hidy?) was going for a gossamer effect with a dress, or if that is a spell-effect enveloping the Sorceress. 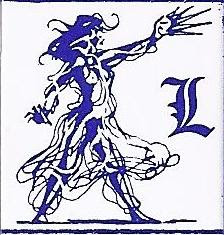 Is this next counter Fu Man Chu or Dracula? Only the TFT player using this counter knows for sure. Consider the odd placement of the fingers. You don't notice these things when you are looking at the original 3/4" counter, but at this resolution, you can see the compromises the artist has to make to give these drawings some character, without mucking it up by adding too much detail. I love the fog or mist he is conjuring, you want to pick a spell like that for him, don't you, just to go with the over-all theme? 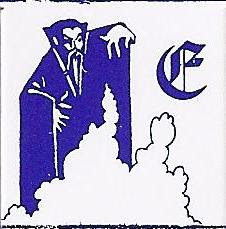 Who hasn't always wanted to play a speedo-sporting, wand-waving, pointy-shoe shod Elf, with droopy digits and weak wrists, like the one below? You even get to start his name with an "E". Ebberbobble? Elfy the Elf? Well, you get the idea, something silly or insipid. The ear and shoes give away his elfin heritage. 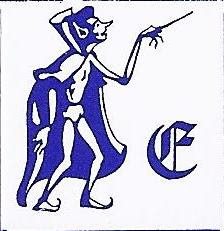 If you don't name the next Wizard Gandalf, when you use this counter to represent your character, there's something seriously wrong with you. 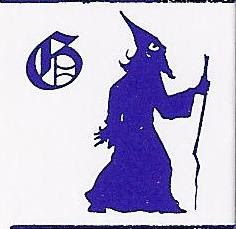 The next counter, the mysterious Wizard Q, inspired the "tween" me to write my own supplement for TFT, focused on clerics. Thankfully, that document is buried deep in the Spy Hill landfill. He's bald. He's knelling. And he's got a crystal ball. Which is odd, since scrying is not high on my list of activities when facing a death-duel against another Wizard. He should get a movement penalty for being on his knees. Having said that, there's no doubt about what fantasy trope he represents. 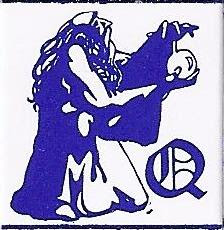 Here's the counter I often used to represent my character. Goatee-Wizard R. The illustration on this counter was sufficiently active that you felt like he was all wound-up, ready to spring into action at any moment. 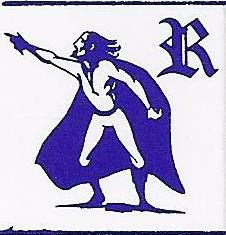 This last counter is another female, who looks rather uncomfortable leaning as she does at a precarious angle. Her spell-casting efforts has caused her face to burst into flame. Perhaps she is part of the coven that is conjuring the dragon appearing on the front cover of the Wizards microgame. 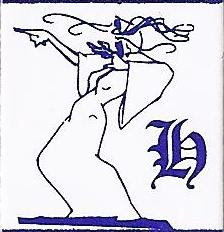 Well, there's a meandering tour of some of the micro-art on the Wizards microgame counters. What I like about these counters, and TFT micro-art more generally, is that the art is sufficiently universal that you can put that counter down on the table, and anyone picking it can create their own backstory to fill in the character details.

I quite enjoyed these posts displaying various TFT counters. Thanks!

You're welcome. Sadly, the series will soon come to an end, as the counters for the later microquests do not (in my estimation) stack up to the earlier efforts.

In that last one, you really get a sense of where the legs are under that gown. Nice implied dimensionality.

Nice. I'm not sure that elf's wearing a speedo, though. Looks more like pantaloons to me, which makes it more period, but no less lame. ;)

Idea - you mix simple illos like this with simple NPC stats to make a sort of Rogues Gallery for Referees.

The upper, casting hand is oddly distorted, and the midriff, thighs and posterior have a strange, bloated quality (consider in particular the placement of the belly-button).

Thanks for posting these, they are fun.